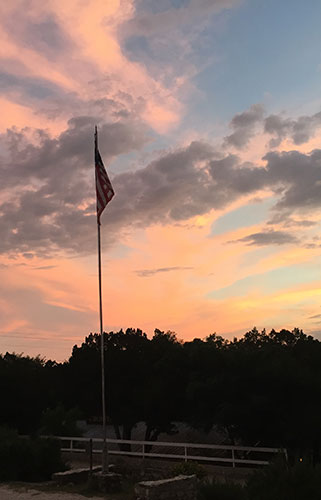 The perfect summer is waiting for your daughter aged 5 to 14 at Rocky River— filled to the brim with new friendships, challenging activities and, most importantly, lots of fun! Check out our day camp and resident camp options.

In the hot summer months, we’re an all-girls camp, but the rest of the year, we offer year ‘round fun at our Great Escapes for women and Mother-Daughter weekends!

Rocky River Ranch is the perfect solution for your special event! We host family reunions, church retreats, teacher work days, company picnics, Girl Scout groups, and more with lodging for up to 150 guests.

Registration for all programs opens on October 15th at 9:00 am, CST

RRR is not just two months of SCREAMING prepubescent girls singing songs in the Grubstake, Free Swim at the river or raids on other cabins, it becomes a way of life that helps guide you through the rest of your life. Not unlike the Marines who are brothers for life, those of us who were campers and counselors are sisters for life and will do anything to help each other, no questions asked!

I have said for years that RRR made me the person that I am today. Actually it wasn’t just RRR, but also the counselors that shaped my experiences and helped me be the best I could be. I learned to problem solve, lead others and to be a leader others wanted to follow. I learned to do my part and that I can do anything I decided to do. I learned to say 'I can' a lot more than 'I cannot.' I learned to co-exist with others which helps me to this day. As a young girl I learned what others around me now in their 30s still do not know. I learned to take care of and respect myself, respect others and the world around me.

I will forever remember Rocky River Ranch as the greatest place on earth! To this day I still remember the nine summers that I spent at Rocky River Ranch. I hope to have my children experience camp as I did so many years ago.

The truth is I would not have become the person I am today without RRR! Making decisions for classes at 7 years old (with the help of a big sister and Rue as my counselor), remembering to wear your bathing suit under your jeans so you could go from the barn to the pool without the dreaded trip back to your cabin, remembering not to sign up for your pool class right before horseback … I could go on and on. The mistakes we made there were safe and there was a support system to catch you if you fell. Later I enjoyed working with the campers younger than me. First in WE as a big sister myself and later as a CIT Mom. In 14 years I grew and strengthened my commitment to myself. I felt loved unconditionally and I formed everlasting friendships. Some of them recently re-kindled after a 15-20 year gap as if no time had passed at all. In the last year I received a letter from a former CIT that spoke of my influence on her life. How it made her a better mother and a better woman. I have saved that letter for my children to read one day. I will always feel like Skeet and Sandy helped raise me and they always saw the person I could be! I can never thank them enough for that.

Picture a Spot … My years at Rocky River mean more to me than can be written down in a little note. There's probably not a day that goes by that I don't think about an experience, a laugh, a friendship, a struggle, a success, etc. that I experienced at camp. I love that I can go back and find the same "safe haven" that I experienced as a 7-year-old girl in Circle B through several years as a Counselor! Driving across that cattle guard at the front gate, my heart beat calms to a familiar and comforting beat again, like nothing else I've experienced.

My summers at RRR were the most special times of my childhood. I have so many great memories that I'll never forget. Thanks to Rocky River, I found my true calling in life … teaching children! And, I fell in love with Wimberley so much, that I live here now!